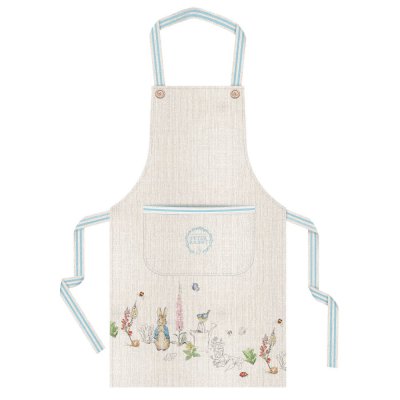 Peter Rabbit Classic Apron, 100% cotton apron in cream, depicting a classic scene from The Tale of Peter Rabbit, featuring a blue and and white striped neck cord and ties, finished with a useful large front pocket. 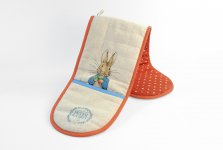 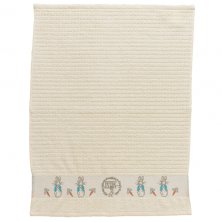