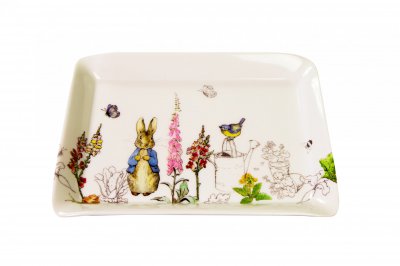 Beatrix Potter melamine scatter tray, released to celebrate the 150th aniversary of Beatrix Potter, featuring a classic image of Peter Rabbit in a garden. This would make a great gift for any Beatrix Potter fan.